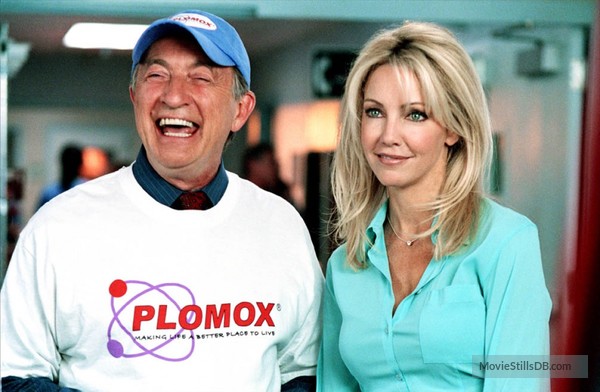 In late 2019 I began to write about my experiences as a Family Medicine Physician, and particularly my motivations, reasoning, and practice style. Over the last decade of medical school, residency, and practice, I had come to believe that the steadily eroding trust in doctors was a true public health emergency. My theory was that, while some of this was due to profit or power-driven elements like the anti-vaccine movement and alternative health industry, and some was due to legitimately unconscionable treatment at the hands of a relative few unethical and immoral doctors, the vast majority was due to the complex and often confusing nature of medicine itself. I believed, or at least hoped, that if people understood their doctors better and knew how deeply they cared about their patients and how hard they worked for them behind the scenes, they would come to see doctors- and other healthcare professionals- as I do; as their allies and advocates in our deeply broken healthcare system.

Since the COVID-19 pandemic began I have found my attention called more and more to medical misinformation about the virus, which is what ultimately led to my starting this blog. Yet at the heart of so much of this misinformation is that same mistrust and suspicion. So partly to find a home for these few stray essays, and partly to continue pursuing my original goal of pulling back the curtain and helping others better understand the convictions and reasoning their doctors bring to their care, I am sharing these posts here.

I recently encountered a situation where a patient was very upset with her doctor for switching one of her medications. This medicine had been affordable, easy to use, and had seemed to be working well for her, and you can imagined her frustration when her doctor suddenly stopped prescribing it and prescribed an alternative medicine instead. I explained that this didn’t sound like something the doctor would do maliciously, and offered to restart the old medicine if the patient thought it would work better. The patient exclaimed angrily, “Well now my insurance won’t pay for it ever since Doctor —- took it off of my formulary!”

Of course I wanted to help her make sense of this, so we sat together and reviewed the medical records; phone calls with the patient, office visit notes, even the internal messages between our staff and this doctor- everything pertaining to this medication. Here’s what had happened: when refilling the medication, the clinic had received a prior authorization from her insurance company, as the medication was no longer covered as a first line option. When the PA was completed and sent back, it was rejected. The medication is about $550 per month; $470 with the best coupon available. The doctor was stuck; the patient could keep taking the medicine and pay cash, of course; but this patient didn’t happen to own a chain of hotels or a major golf course, so she didn’t have that kind of money. The only other option was to prescribe an alternative that was still covered (for now) and hope it worked as well. I can’t tell from the chart if this was explained in detail to the patient originally or not, but it was obvious she hadn’t walked away understanding the situation in the slightest. Even after this visit and my detailed explanation that her doctor has zero input on what her insurance company will and won’t pay for, she has repeatedly expressed frustration that her doctor ‘took [this medicine] off of my formulary’.

There’s a lot to unpack here. In an ideal world, the most important factor in what an insurance company would pay for would be the doctor’s determination, after carefully evaluating the patient and engaging in shared decision making about a treatment plan. Cost should be a consideration, but if a patient needs a certain medication or is stable on a certain medication, that should be the medication they end up with. In reality, the biggest factor is cost; cost to the system, to the insurance company. I don’t know the ins and outs (I spend all day trying to treat people and don’t have the time or leftover emotional resilience to dig into the underworld of insurance and pharmaceutical company business practices), but I understand that contracts between drug manufacturers and insurance companies seems to be a major factor. In my more cynical moments, I also suspect that there’s an element of strategy involved on the part of the insurance companies; for instance when they get a windfall of savings every few years by suddenly changing which type of basal insulin they will pay for and pocketing the cash while patients do without insulin for a month or two as they and their doctors scramble to catch up.

A lot has been written about prior authorizations, and I’ll just add a little bit here. One of the strongest arguments against a single payer system seems to be that if you put the government bureaucracy in charge of healthcare, healthcare will become muddled and inefficient. What most people don’t realize is that there is already a bureaucratic army making healthcare inefficient. Those rejections for medications, MRI’s, specialist referrals, support services, physical therapy and medical devices I deal with every day are not being done by Physicians and Nurses reviewing my patient’s chart and disagreeing with me about what’s best for them based on a lifetime of providing clinical care; they are being rejected by someone with little to no medical knowledge or training, checking to see if there is any undotted i or uncrossed t in the patient’s chart that would allow them to reject it based on criteria that is, essentially, arbitrary. Because rejecting things is their entire job; because that’s how the insurance company makes profits, by getting insurance premiums from members and then finding ways to not pay for medical expenses for those members. I’m not sure what to call this system, but evil seems pretty close to accurate. I’ve had paralyzed patients wait for months and months, with countless phone calls and office visits, in order to be approved for an electric wheelchair; even though anybody regardless of medical training could look and see they needed one. But the person reviewing the claim isn’t paid to get the person a wheelchair, or even to figure out if the patient needs a wheelchair; they are paid to find a way not to not have to pay for a wheelchair.

Everyone worries about doctors abusing the system, handing out medical devices and expensive treatments willy-nilly because they want patients to be happy or because they somehow get a cut. This probably does happen (see this video from ZDoggMD for a great example), though I think it’s fairly rare, and oversight and accountability are very important. But the current system isn’t built on oversight, it’s built on profits, and the overwhelming majority of honest patients and ethical doctors are the ones who end up paying the price for those profits. When your insurance company won’t pay for a covered service or medication you and your doctor have determined you actually need for your health… they are literally robbing you.

Insurance companies love that stereotype of the unethical doctor abusing the system, by the way. They want to be seen as the good guy, to tell society that if it weren’t for them healthcare would be way worse off because nobody would be keeping those terrible doctors and those patients exploiting the system (everybody but you and your doctor, don’t you know) in check. They send you a notice in the mail that explains the charges and what they paid for, and right at the top it says “this is not a bill.” If it’s not a bill, why did you mail it to me? Because they want the opportunity to tell you, “this is what your doctor wanted you to pay, but we paid this much and now you only have to pay this much.” Often times this is the very same doctor who has spent extra time (and brought work home with them for the evening or weekend) trying to help you figure out the Rubik’s Cube of getting the care you need without going into medical debt, and who would actively be working to find a way to provide the care you need with fewer visits and lab tests and referrals, even if that wasn’t exactly ideal for your medical issue, if you were paying out of pocket and had to face the cost of those visits on your own (we literally do this all the time; I even ask insured patients what their copay to see me is in order to help them figure out a follow-up schedule that balances their medical needs and their out-of-pocket expenses).

Now, surely, some people who work for those companies do care, at least in a general sense; they want healthcare to be better, they want things to be ethical and smooth, they value customer service. There are probably entire departments that are like that; patient liaisons and advocates working within the insurance company, maybe even some executives. Probably there are some people in these claims rejection roles who, like Mr. Incredible, are intentionally worse at their job of rejecting claims than they could be because they are driven by compassion (I’m pretty sure I’ve spoken with some of them during the Prior Authorization process). But at the end of the day, for profit insurance companies are for profit, and because they are dealing with systems and not individuals, the blame for practices that hurt people feels very diffuse, anonymous, and impersonal. No, they won’t twirl their mustaches and look your kid in the eye and tell them they won’t help mom get her medicine; but they will create company policies and appeal systems that are obstructionist and slow down the delivery of care and ultimately hurt people, and then refuse to be overridden by your doctor who actually knows you and understands what you need from talking with you and examining you. They will let you die if they have to in order to make their money; they’ve been doing it to people for years.

Wow. That got a lot darker than I had intended. I’ll try to post something lighter over the weekend.

View all posts by TJ Webb

2 thoughts on “30 Days on Doctoring: I don’t get to pick which medicines your insurance company will pay for.”